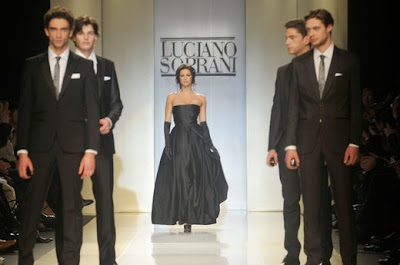 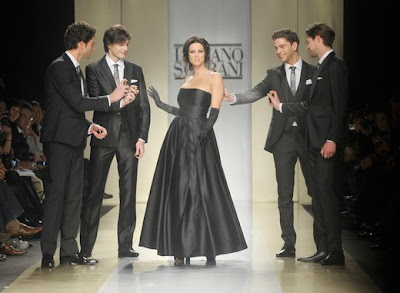 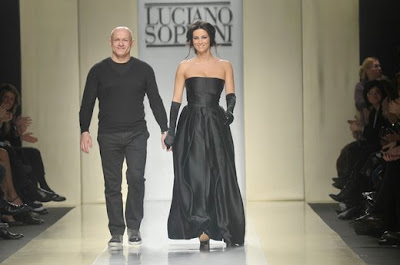 Belated post!!
Some pics of our model, Mauricio Biscaro from the Luciano Soprani Fall Winter Donna show 2009-2010 earlier this year in Milano; featuring Manuela Arcuri, a very famous actress Bellissima in Italia. Very nice!! (Mauricio is the 2nd guy from the left.)
Mauricio Biscaro - international model CLICK HERE to view his book!
Height: 188cm
Chest: 97cm
Waist: 81cm
Hips: 96cm
Shoes: 44-45
Hair: brown
Eyes: brown
Mau has been based in Italia!! We will post more pictures of him here!
Contact us for further model detail.
Here is the finale part of the show!! Very nice!!

View the following 2 videos from Gianfranco Ferre show (Milano) and RoccoBarocco show, Mauricio was on in the past! Both shows were very nice!!!!!!! =D Also, one of the Gianfranco Ferre shows in Milan our Mauricio worked for, happened to be the last show while the original designer, Gianfranco was alive; It was such an honor to us!! - Mauricio did the opening and finale walk of this show. We were super happy muito feliz! Special thanks to WHYNOT Milano for getting this booking for him. We will always remember this. Grazie!! We miss Gianfranco Ferre who looked like a SantaClause! R.I.P. (; _ ;)

Next ones are the past RoccoBarocco show, which we all thought was one of the BEST RB shows! The music selection for the show was fantastic also! BRAVO! =D

Posted by mikakanno at 9:54 PM