Have a Sound Bite of Scoop Slone's Voice (a professional vocalist) 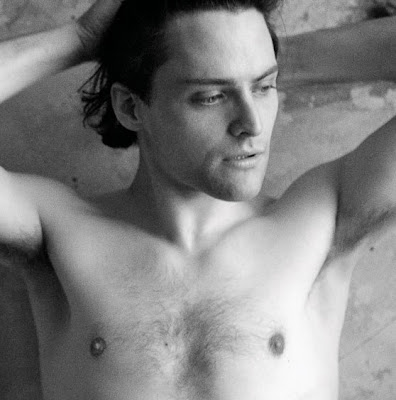 Have a sound bite of Scoop Slone's well-trained voice from his past theatrical performance in NY, "Puck'd":

The Wall by Scoop Slone

Scoop and the former band he played with, Maslow have contributed songs to be used for our website: www.mikakanno.com
This season, we are using a song titled "Freedom Comes" from his solo album: "Sunday Someday" available on Apple iTunes*. Produced by New Jersey based, Billy Atwell, Billy & Scoop have been friends;
Atwell also composed the music for "Puck'd", a Punk/Metal version of William Shakespeare's "A Midsummer Night's Dream", a Rock-Opera (!!) which is where Scoop met him. (Scoop sang the role as "Bottom" on that production.)
For more sound bites: Check www.scoopslone.com
============================================
About Scoop (Scoop Slone):
Singer/lyricist/balladeer & seasoned charismatic rock front man, Scoop Slone was praised by NY Times for his "gamely vocal stylings." His multi-genre influences feed this Broadway caliber vocalist and that can sing anything. His collaborations have produced one solo album, and 2 band EP's since 2006, while landing starring roles in rock opera (Hair, The Who's Tommy, Godspell, The Rocky Horror Show, & Puck'd). He is currently developing the role of Eddie, a 19 year Beatles inspired rock guitarist in the musical, Hereafter.
Scoop's vocal coach taught him well.
As Scoop said, " She is the vocal shaman behind, many great vocalists; with clients such as Bon Jovi, Annie Lennox, Cyndi Lauper, Lenny Kravitz, etc. ; Should go to her site. www.katieagresta.com Her techniques have saved me so many times and am thankful for her taking my voice to the next level and beyond what I imagined. So grateful to study with her."

His physical rock persona has lead to him starring in a US ad campaign for GBX Shoes, as seen in Rolling Stone, Spin, Vibe, & Complex, with additional work in ads for Rock Band 2/Guitar Hero (Entertainment Weekly), MasterCard, David Tutera's My Fair Wedding on WE TV, as a singer in promotion of American Idol Fragrances, & a voiceover demo for Hot Wheels. In film can be seen as the Sound Engineer in The Perfect Age of Rock & Roll (Spike Lee Ex Prod.), now seeking US distribution.
-Although Scoop is not a full time model, he has modeled for one international shoe company, as well as been featured in rock work for film/TV/video, especially since the 80's rock look is very hot on runways and print.

Available for international booking. For more info on Scoop Slone, contact us.
For recordings, downloads, & photos of his rock opera, print, and commercial work please visit his websites.
www.scoopslone.com
www.myspace.com/scoopslone
www.myspace.com/scoopslone1
Scoop has been also working as a voiceover artist; he has done some good jobs; like Mattel Hot Wheels..etc. Check this!
NEWS! As mentioned above, Scoop is working on a new musical in development called "Hereafter". The character is Eddie, a guitar player inspired by the Beatles who died at "Nineteen" in a car accident. His mother has had a very difficult time for the past 30 years dealing with Eddie's death and she seeks to contact him through mediums for all those years. She finally meets a medium who gives her wish. Here is the full link!!
Posted by mikakanno at 12:25 AM