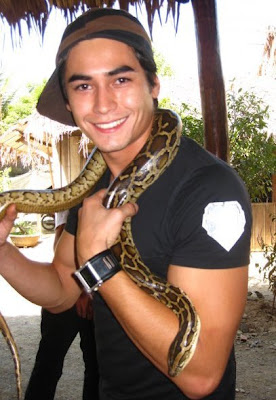 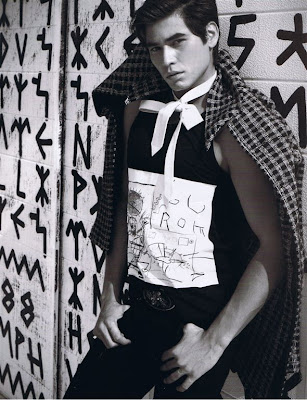 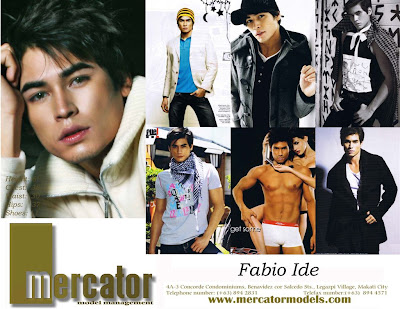 Fabio Ide - Update Jan 2010: New pictures & new comp. card!
Fabio has been based in Manila Philippines since the beginning of December 2009 after his 3.5 month-representation in Hong Kong; Fabio has been working very well there (This is his 3rd representation there!); Many new pictures coming soon!! (Thanks to his agents in Philippines, especially special thanks to Jonas & Anna of Mercator for collaborating with us as always!!) - Fabi is also getting into acting from this season; and he is very excited about it! More news coming!! :)
Fabio's Phlipps Mobile-phone pkg. (for Hong Kong) has been released as of the 1st of January 2010 (We have not collected it yet, as soon as we get it.. we plan to upload on this blog!)
Fabio Ide - international male model (half Japanese and half Spanish with Brazilian nationality) represented internationally by Mika Kanno
His various commercial showreels and videos available on our YT channel.
www.youtube.com/miakanno