"Walkers Crisps Baked 70% less FAT" TV commercial, starring a famous sports broadcaster, Gary Lineker, formerly known as one of the greatest football STRIKERS!! -Btw, Lineker is also well known in Japan among many long-time soccer fans as Gary Lineker played in Japan (J-League) back in 90s for 1 year!
The TVC is now on air in Italy and UK! - It was released in Jan 2010 in Italy and UK!! Very nice!! It was filmed in South Africa last year.
To view better quality, HD version - visit "terratec365" link:
http://www.youtube.com/watch?v=g5QR0_LiIIA Enjoy!! :)
Our Rodrigo Ribeiro a.k.a. "dentist Rodrigo" also on this "everybody naked" advert.
His single shot can be seen on the TVC - Have a look!!
Rodrigo Ribeiro Faria - international model from Brazil / Height 6'1.5"
-currently based in Cape Town; He has done other TVCs the previous & this season as well; More showreels coming... 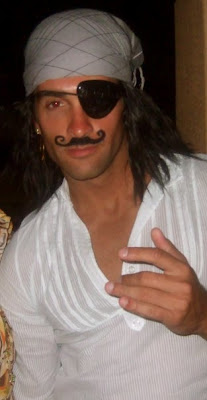 Posted by mikakanno at 7:50 PM